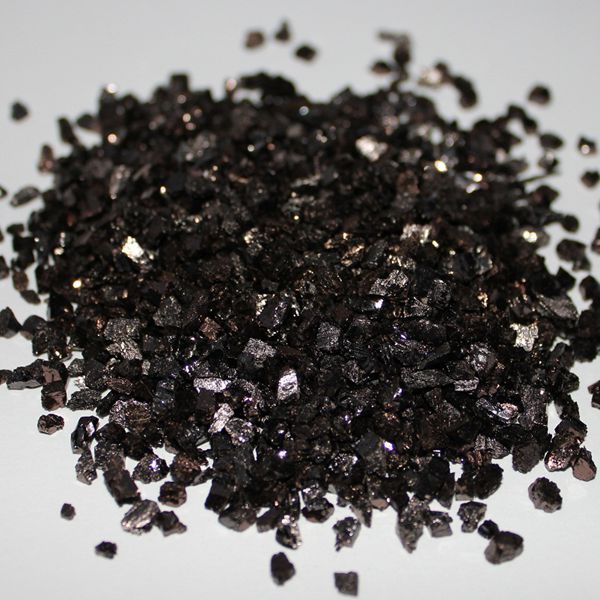 TiO2 is the chemical compound with the highest refractive index in the visible range. Films deposited from titanium oxides starting compositions are of the composition TiO2.

Titanium dioxide can be thermally evaporated from a tungsten or Mo-boat. To ensure an acceptable level of outgassing, pressure should be monitored. Titanium dioxide can also be deposited reactively by electron beam evaporation from a Cu-crucible with Mo-liner or from Mo-boats. It melts completely.

Ti3O5, described as Ti(IV)-Ti(III), is a semiconductor produced by reduction of TiO2 with hydrogen at high temperatures. It is less outgassing than TiO2 during preparation of the melt. It is then faster the preparation to achieve stable conditions before the start of the evaporation process, and there is less risk of spattering.

Trititanium pentoxide can be evaporated from a tungsten boat and it melts without spattering and evaporates smoothly. A Mo-liner can also be employed. Due to its low thermal conductivity of this liner, it is easier to melt the material with less e-beam power before reaching evaporation temperature.

Ti2O3 is evaporated reactively by electron beam. Its advantage over TiO2 is that no oxygen is released during the melting process, so the risk of spattering is reduced.